Three easy steps to creating greater happiness, no matter how crappy your mood

By Michael Allwright | Uncategorized | No Comments 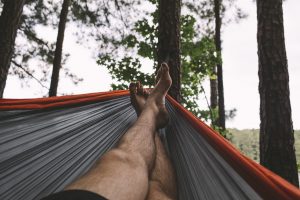 â€śMy throat hurts â€¦â€ť the three words a parent is loath to hear, especially at 3am, much less when tightly crammed four abreast in a three-person tent. My family of four is camping after spending the day dipnetting for Copper River salmon. Our youngest sonâ€™s scratchy voice brakes through the nightâ€™s stillness and stirs us (but hopefully not our camping neighbors) into action.

Or in my case re-action.

I donâ€™t wake easily and when I do, you probably will regret it unless, like my wife, you can handle a surly grump of a lout. Itâ€™s little wonder that my kids call for her at these times, choosing her sweet and soothing tones to my â€śwhatâ€™s wrong nowâ€ť oh-so-caring, wee-hours response. Iâ€™m not proud of this mind you, itâ€™s just what happens when you awaken the beast â€¦ some nights are better than others, honest.

But this was not one of those nights.

Sleeping between my ailing son and his momma, it was clear that I was in the way. And since our other son had joined us in the tent after abandoning his hammock just past midnight (hence the sardine-like sleeping arrangements) I opted to desert the cramped and stuffy nest for fresh air and room to stretch. In the foggy brain of morn for some reason the hammock seemed my best alternative.

Have I mentioned that I find hammocks to be the most uncomfortable sleeping quarters imaginable? (â€¦ there goes my ENO sponsorshipâ€¦)

After spending about 15 minutes wrestling my pad and my bag into the hammock, and then myself into my bag, I manage to settle into a perfectly foul mood. A mood thatâ€™s about as dark as the night around me (actually, itâ€™s dark for the first time in months â€¦ stars havenâ€™t been seen here since May). Lying there in discomfort an unreasonable rash of injustices begin to mount and a grumpy narrative in my head begins. It robs me of peace of mind, but worse, the sleep that I so desperately need and want.

And then something happened â€¦ for a brief moment, I observed it all from the outside.

Observing the storyline isnâ€™t always easy especially when youâ€™re tired, or activated by a well-worn trigger, or just feeling lousy. But if you listen to the internal ramblings going on in your head, you will be able to pick out a story. And with practice it will become easier to identify some well-worn storylines. Thereâ€™s familiar tone or cadence or content, something that will tip you off to the fact that thereâ€™s actually a story going on in your mind. Itâ€™s one of many versions of reality.

These well-worn storylines are like gold when you can identify them … and a subject for a future post.

In my specific case this night itâ€™s the petty injustices of being smashed into a tent, the sufferings of being exiled to the tortures of a hammock, etc.

All stories require a narrator. In this case as Iâ€™m lying in the hammock I begin to hear where things are headed â€¦ itâ€™s the endless story loop about the Great Injustices (roll the dramatic music) â€¦ as can be told only by â€¦ the Grumbler. The Grumbler is my narrator upon whom Life heaps the incomprehensible injustices, the slights and the slanders, the great inequalities and inconveniences.

I canâ€™t tell you how many hours/nights/weeks of sleep Iâ€™ve lost to the great Grumblerâ€™s tired narrative and playback loop. Itâ€™s sad really. However, tonight Iâ€™ve picked up his scent, identified his oratorical cadence, and refuse to let him sour my opportunity to salvage a decent nightâ€™s sleep. And as Iâ€™m lying there Iâ€™m suddenly like, â€śCheck me out! Itâ€™s the Grumbler!â€ť

After Iâ€™ve identified the Grumbler I take control of the narrative. I take control by observing what is really going on in the moment, by defining the basic circumstances in which I find myself.

Donâ€™t worry, Iâ€™m not going all Pollyanna here, trying to fabricate some unrealistic positivity woo-woo trance state. Rather, these are all reframes of my current reality that allow me to create my future state (in this case one of much desired sleep that allowed me to be functional and engaged the next day).

This same approach works at the office with annoying coworkers, those challenging conversations with your spouse or family members, or moments of being triggered by that jerk who just cut you off in traffic.

So, three simple steps to take control of your own internal, unhelpful storylines and create the future state that you desire.

Go ahead and try it yourself and in the commentsÂ below let me know how it goes! What narrators do you struggle with and how do you recognize them?

BTW, Iâ€™m still not sold on the hammock, but if someone from ENO calls, Iâ€™m definitely picking up â€¦ both of my kids LOVE them.

Â In the meantime Iâ€™ll look forward to seeing you next time at the corner of Midlife and Thriving!