In Midlife, Sometimes the Hardest Words Are āNo Thank You.ā - Midlife and Thriving

In Midlife, Sometimes the Hardest Words Are āNo Thank You.ā 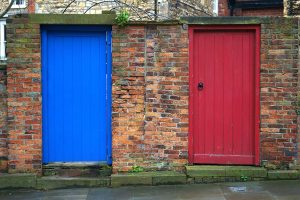 How we can use our multiple brains to make difficult decisions

Iāve been wracked with needing to make a decision about something for over a week. Iāve been struggling to reconcile multiple parts of my decision-making network in order to come to a conclusion. The process was so taxing on my system that my inability to make a decision literally made me sick.

But getting sick was actually what I needed in order to get out of my head, separate my ego from the decision, strip away the emotional aspects, and get to my core.

Our gut is the place of our enteric brain, the neural network that decides what we take from our environment, or allow to pass through our bodies, which literally makes us what we are. The enteric brain and the guttural ecosystem select what we keep to sustain our bodies, and what we let go and return to the environment. Itās one of the first neural systems created during embryonic development and when fully formed has the neural mass approximately equal to that of a catās brain.

From a mechanistic perspective of the body (which is an old and frankly dangerous perspective) one might mistakenly believe the gutās function is simply to perform the act of digestion. But what we know from a growing body of research and many esoteric wisdom lineages, is that the gut, with its enteric brain, is a powerful place of protection, a source of wisdom, and information.

For example, over 80 percent of the cells in our bodies that help to regulate immune function are located in the gut ā¦ protection lies therein.

The gutās prime functions are around self-protection, core identity, and motivation. I learned a lot this cool stuff from an excellent book by Grant Soosalu and Marvin Oka, called āmBraining – Using Your Multiple Brains to do Cool Stuffā Check it out.

Back to my story.

I got sick with a head cold and I could no longer āthink clearly.ā

And actually, getting sick was exactly what needed to happen because part of my challenge was that I was trying to logically figure out something that was not inherently a logic-based problem. I couldnāt āthinkā my way to a solution and thinking about it was just causing me to get stressed out because there were no real answers using the brain in my head. Sure I could do cost/benefit scenarios using logic-based decision-making processes, but that would only arrive at part of the answer.

Part of that was the challenge of quieting the ego, which was calling me a complete idiot for even thinking of saying āNo thank you.ā And we all know how well things turn out when we allow our egos to make important decisions.

And lastly, there was the potential complication of a relationship, a good friend who I wanted to work with and deepen relationship. Saying āNo thank youā might have a negative impact, which I didnāt want. My heart brain (yes, thereās a neural network and center of intelligence there too!) was feeling conflicted. But I was clear that making this decision purely based on relationship was not an intelligent thing to do.

You see, there was still a disquieting in my gut.

So thatās where I found myself last night. Focused on my gut. And what getting sick was forcing me to do was slow down and listen.

When I am having a challenge I often go and take a steaming hot bath in what I call my Water Temple. I put on some quiet contemplative music, light a candle, and quiet the mind(s). And thatās exactly what I did, shut everything else out and focused on just my gut, that center of core identity and motivation.

It would be an excellent opportunity for some men, but not for me.

That was the core identity piece.

Another piece that I connected with in my guttural conversation was about motivation. I still felt compelled to DO something. I am a man after all, and we are typically action oriented.

If I said āNo thank youā to one opportunity, then what would I say āYesā to?